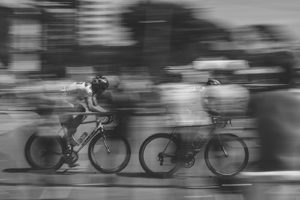 As a former Global VP of sales with over 30 years’ experience in the market, I’m only too aware that making a quarterly sales number is part of a sales leader’s DNA. However, it can prove challenging to hit those targets if you have to factor in vacant territories or accounts. As leaders you’ll know you often get given the quota for new hires as the same time as you’re given permission to hire a new rep, meaning you’re often left for weeks without the skills you need until the successful candidate is in place and, eventually, becomes productive.

However, there’s another issue in play that can also impact the success and productivity of a sales leader. What about the territory that has a rep who has decided to leave but has not yet actually done so? To all intents and purposes that person has packed their bags the day they start looking for a job and has done what Facebook COO, Sheryl Sandberg calls ‘leaving before you’ve left.’ At the very least you’ve now got a virtually vacant territory for many weeks – perhaps even an entire quarter in advance of the rep formally resigning. This is a huge – and hidden – risk and has an enormous impact on your ability to meet target. Then you’ve got to add in the time, and cost, of hiring a replacement, finding that person in a busy market, allowing them to serve their notice period, join your team, become trained and then eventually become productive. Factoring in all elements you’re facing a delay of at least another 90 days.

Alarm bells and planning ahead

So as we can see it’s relatively easy to lose as much as six months quota to this relatively unknown problem, but how can you separate the rep who is suffering from a temporary blip in performance from the one who has already decided that they will quit and has mentally ‘checked out’?

We feel there are two potential options to tackle the issue of a ‘virtual’ vacant territory in your team:

This is a relatively unknown issue for many sales leaders, however it’s one that can have a critical impact on their ability to meet target. I’ve always held a keen interest in return on investment in all aspects of business and it’s clear to me that there is potentially a huge payback for those leaders who are able to take control of the issue and manage it better than many do today.

We’d love to hear your thoughts on what some of the early warning signs of a sales rep who has decided to leave are and will be basing an upcoming blog on this subject.

How do you manage the issue of vacant territories?